Bella Vista, a tall, modern mare, is an important and correctly conformed daughter of the exceptional sire Belissimo M, from a Florestan / Rubinstein damline. A States Premium Mare, Bella was accorded the honour of Reserve Champion of the Westfälische Eliteschau 2011. She delivered a very good Mare Performance Test as a three year old, scoring 8s for Walk, Canter, Rideability and Jumping, with an 8,5 for her Trot. In her Studbook Inspection, she earned “8” in every category, showing herself to be well-endowed with natural movement, correctness of gaits, solid foundation and type / beauty.

Bella’s sire the exceptional stallion Belissimo won his Zweibruchen stallion performance test with a record dressage score of 9.63, ahead of Florencio, then went on to become the 2003 Bundeschampion and fifth placed in the 2005 World Young Horse Championships under Holga Finken. Just in Germany, Belissimo’s progeny include (so far) six Bundeschampionate winners, more than 60 licensed sons including nine stallion performance winners, more than 65 dressage horses successful at S-level and above, and more than 80 states premium mares.

UPDATE: Bella’s Zoom-baby (the first Zoom foal for North America) arrived May 15th – a flashy golden bay colt who looks just like dad! Zoomin’ is Sold. In 2019 Bella delivered the delicate Gold Medal Foal, “D’a Bella” by D’avie. After producing an exquisite, sporty confident colt by Don Olymbrio in 2021, I am delighted to announce that she is in foal to Just Wimphof for an April 2022 foaling.

Video below shows Bella and Bella Vista’s sire (also pictured to the right above picture of 2022 sire Just Wimphof) Belissimo M, from Aachen 2012. 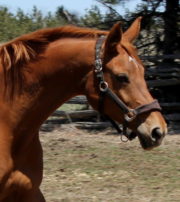 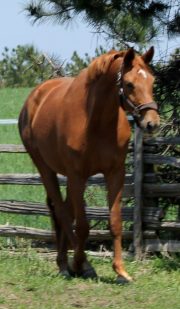 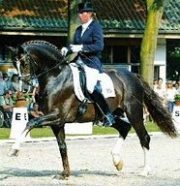 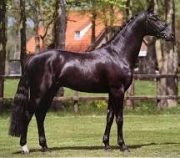