A strapping bay colt from Chenya (her 1st ever colt – she is a filly producer), with white points, a star and a snip. A sweet, friendly fellow, athletic and graceful with an uphill build.
Le Boheme (“Bo”) boasts an interesting pedigree. His sire, Buckingham, was winner of his Stallion Performance Test with a breeding value of 154 for dressage. His three fantastic basic gaits and his constant willingness to perform were rated with outstanding scores, and the test riders were absolutely delighted: he got a 9.5 for his rideability. Buckingham brings the Dutch performance genes of Bordeaux and Rousseau to this fine foal.
Dam EM Chenya is sired by the beautiful Contucci, from a Bordeaux (Bolero son) / Weltmeyer dam. Chenya is full sister to the USA dressage champion Cabana Boy. Chenya has ben a great producer, with Champion Foals and MPT Champion, and Elite Mare daughters.
Chenya’s 2017 filly by Furstenball was awarded the honour of “Top Ten Hanoverian Foal, 2017”.
SOLD to a professional in Quebec.
Video shows barnyard footage at 1 week of age, at almost 4 weeks of age, and again at 3 and 3 1/2 months old. Pictures are from birth to about 3 months old; followed by a picture of his sire Buckingham; and Bo, just started undersaddle at 3 years old. 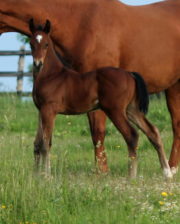 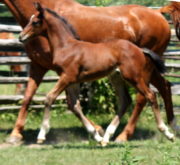 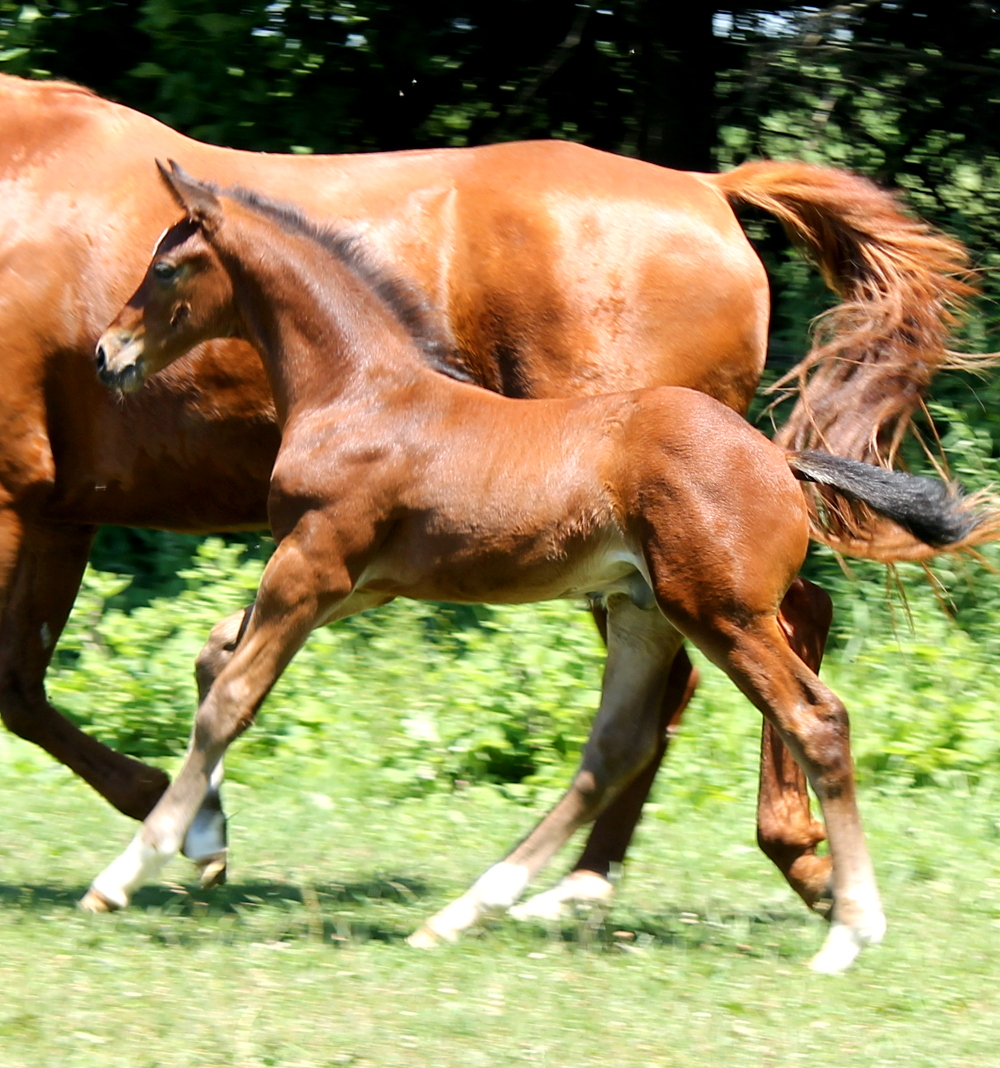