A very tall, blonde filly, with high white stockings, star and stripe – a flashy golden girl who has received a lot from both parents’ heritage!

We are calling her D’a Bella, in tribute to both parents. Sire D’avie delivers a cocktail of respected performance stallions and Hanoverian greats — as a son of Don Juan de Hus (by Jazz) who wowed the dressage world before an untimely death. On his damline is Londonderry (Lauries Crusador xx) and Walt Disney, by Weltmeyer. D’avie proved his quality in 2018 as 6-Year old World Young Horse Champion. D’avie is now schooling the FEI-level movements.

Dam SPS Bella Vista was recognized as a three year old as Vice Champion Mare of Westphalia. She is by the great Belissimo, out of a Faveur (Florestan) / Rubinstein damline.

Baby Bella  shows a powerful hind-end, strong shoulder, elasticity and lightfooted movement. A refined, feminine foal – destined for the show ring and / or breeding. She is SOLD to a perfect situation, and will make her new owner proud.
These pictures are at 36 hours old to 8 weeks old. Video of early days, and of sire D’avie in work. D’a Bella has been SOLD to South Carolina – same home as her buddy “Fine Art” – I couldn’t be more pleased. 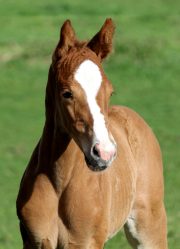 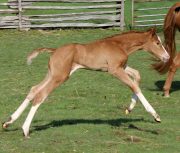 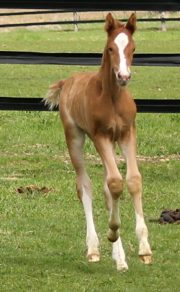 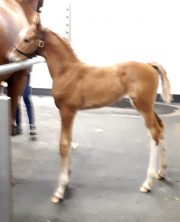 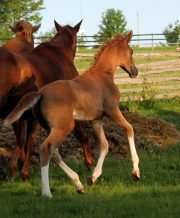 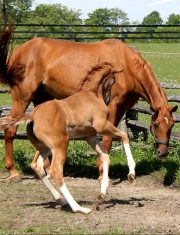 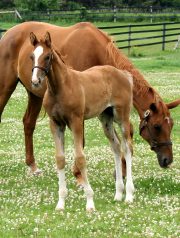 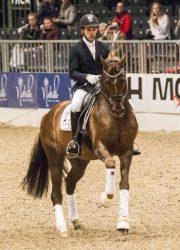